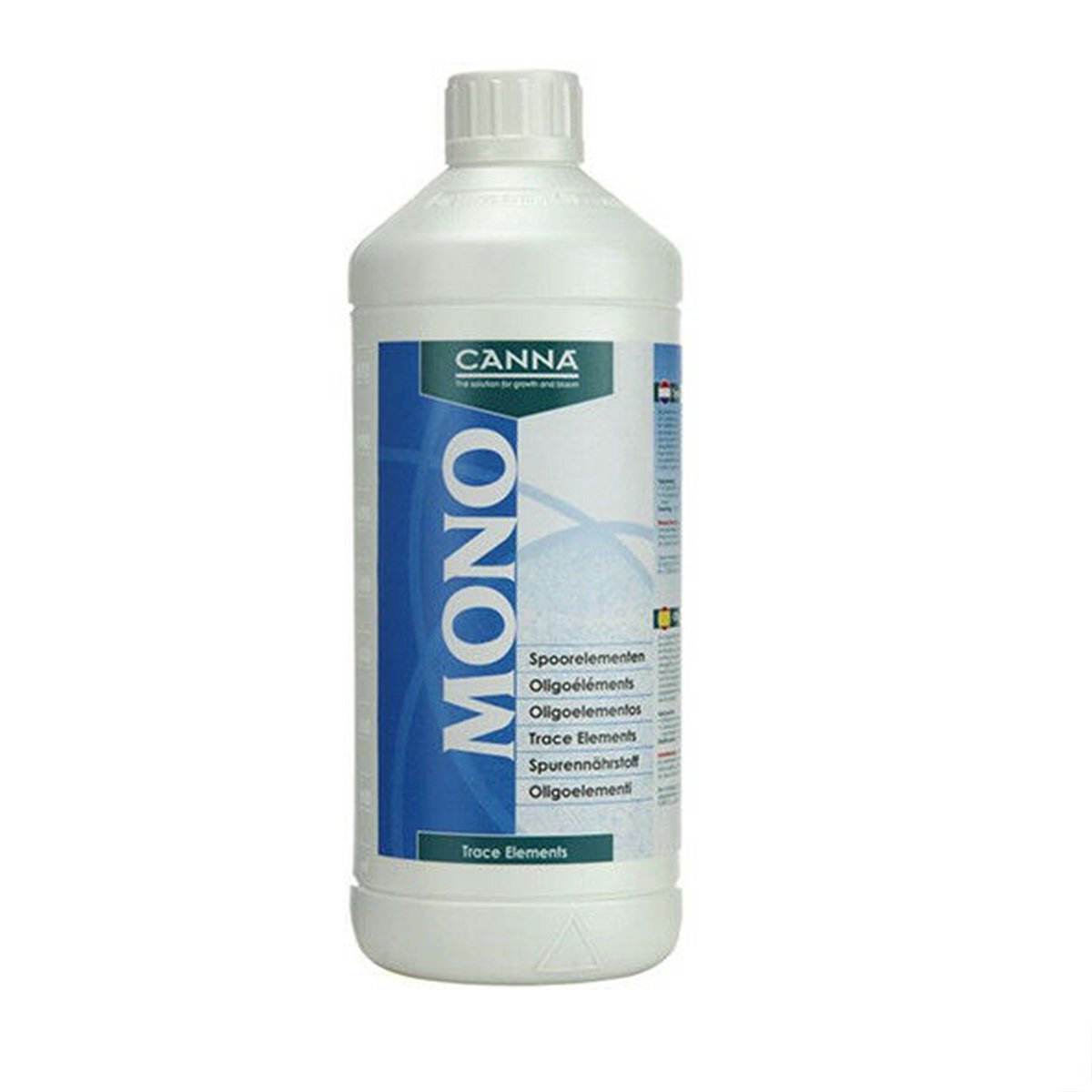 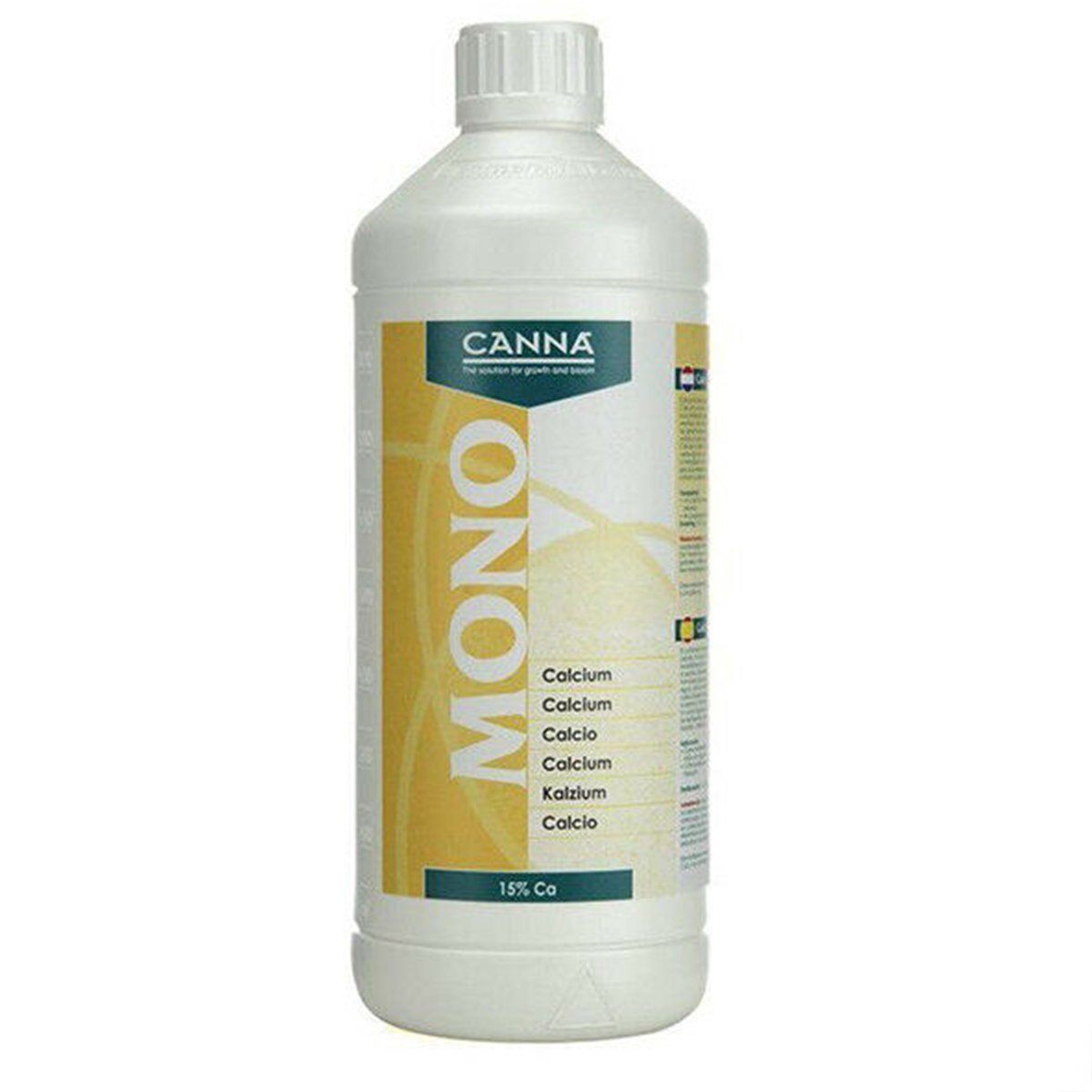 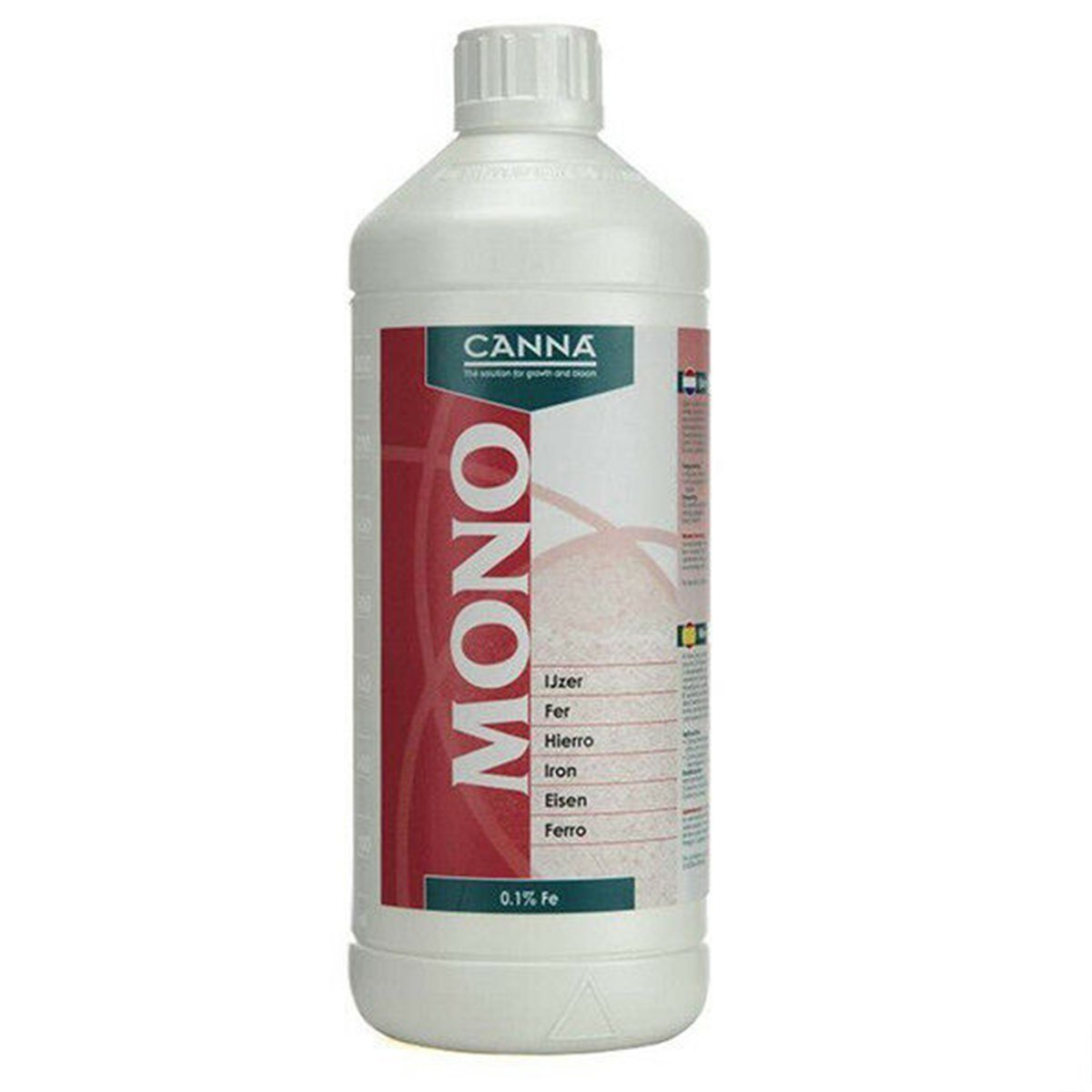 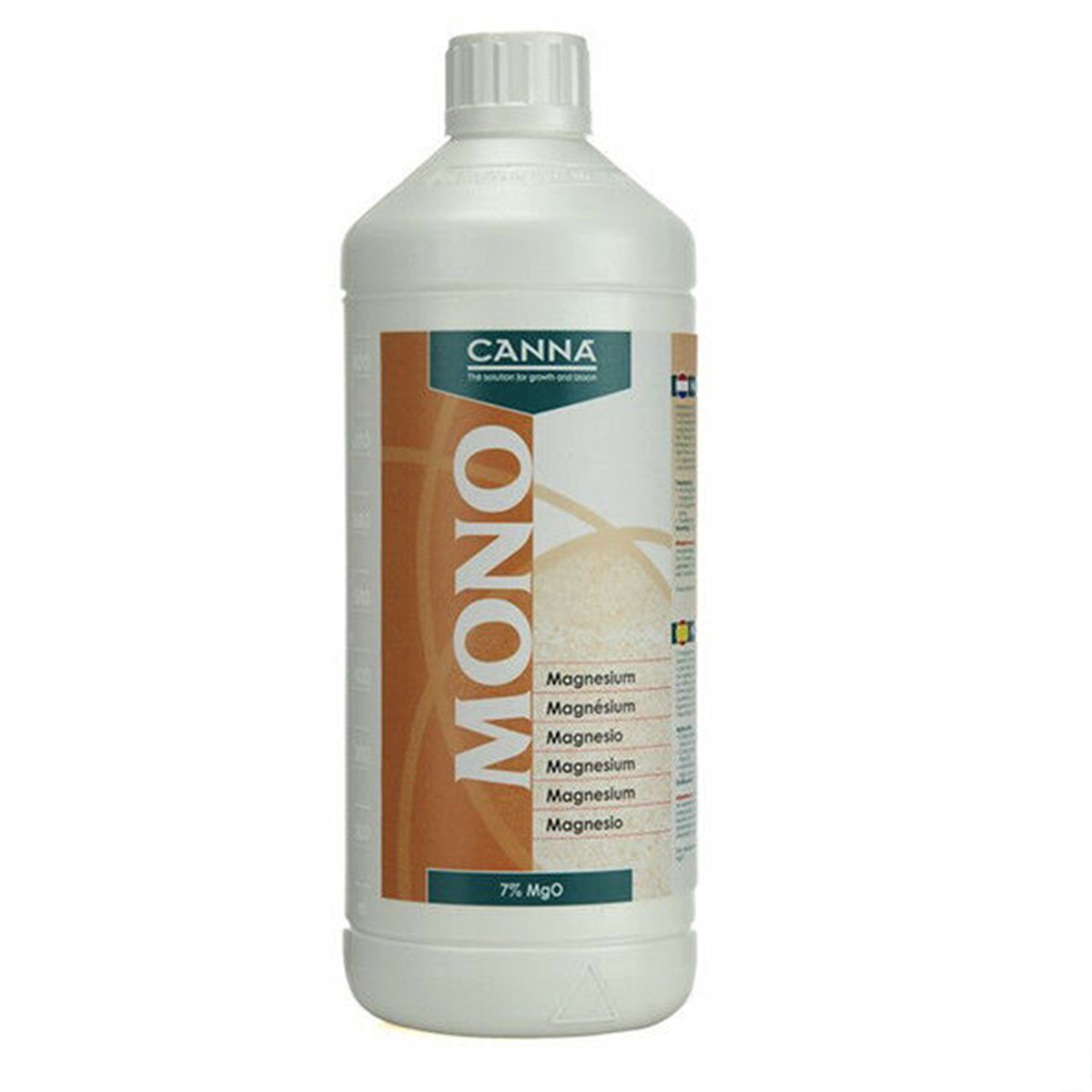 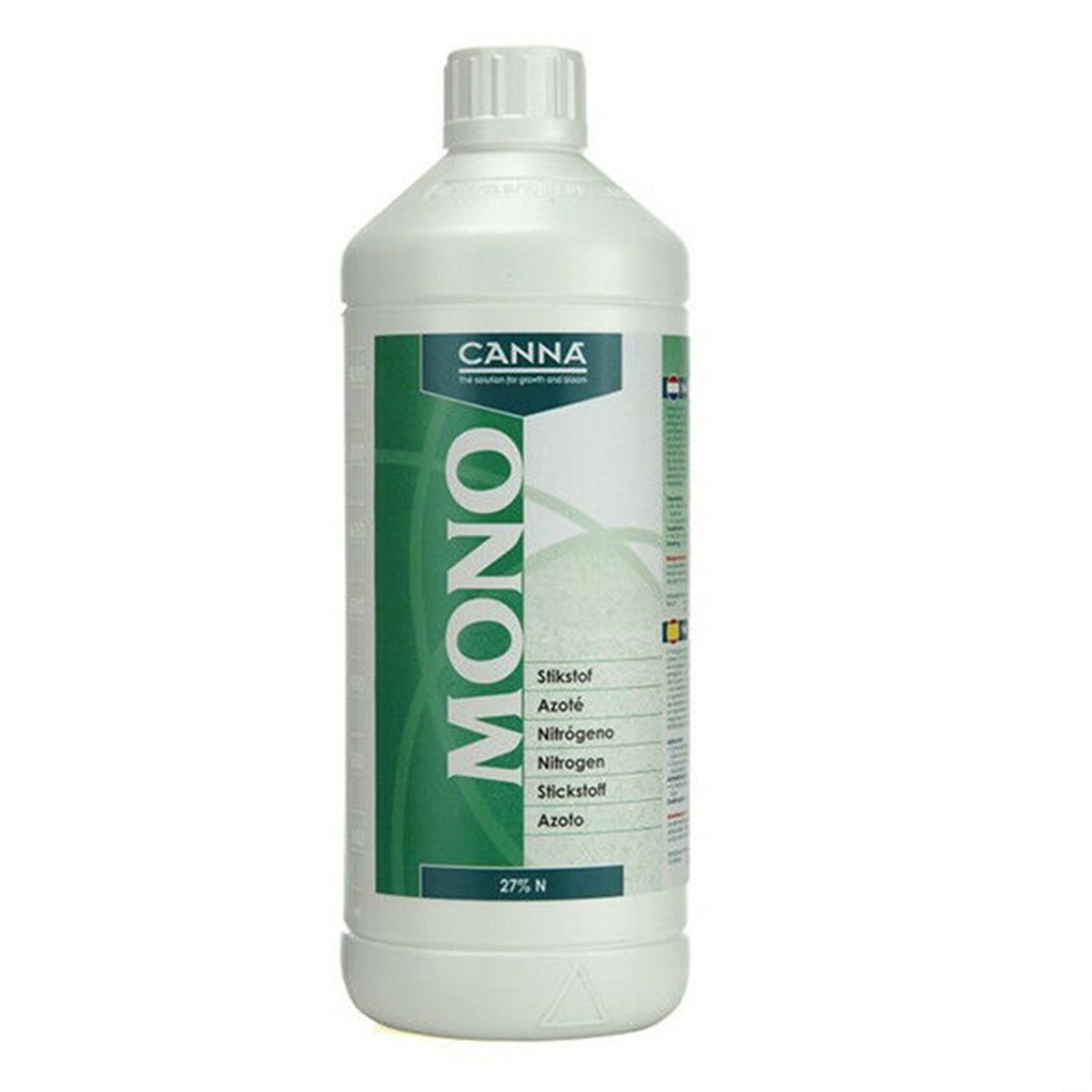 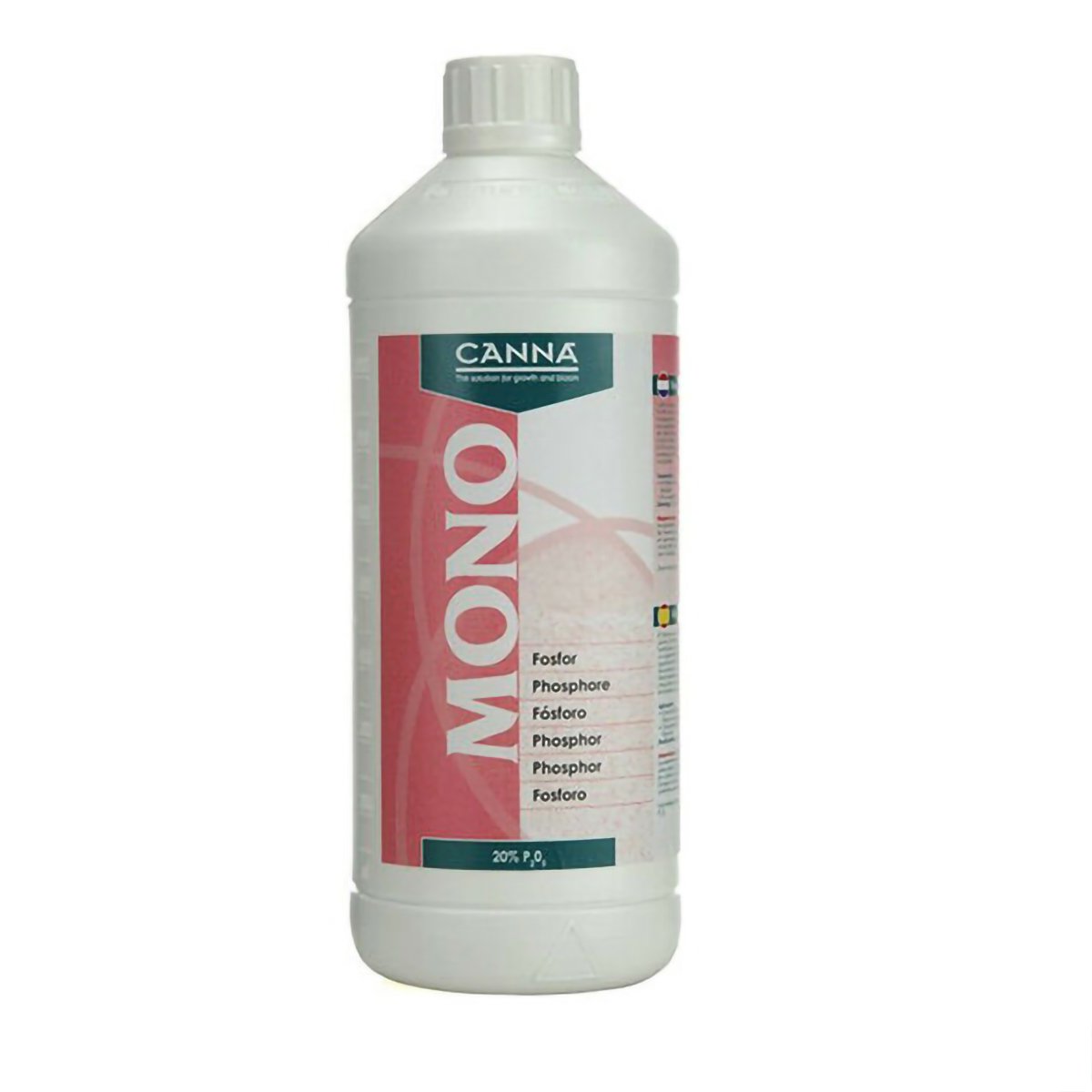 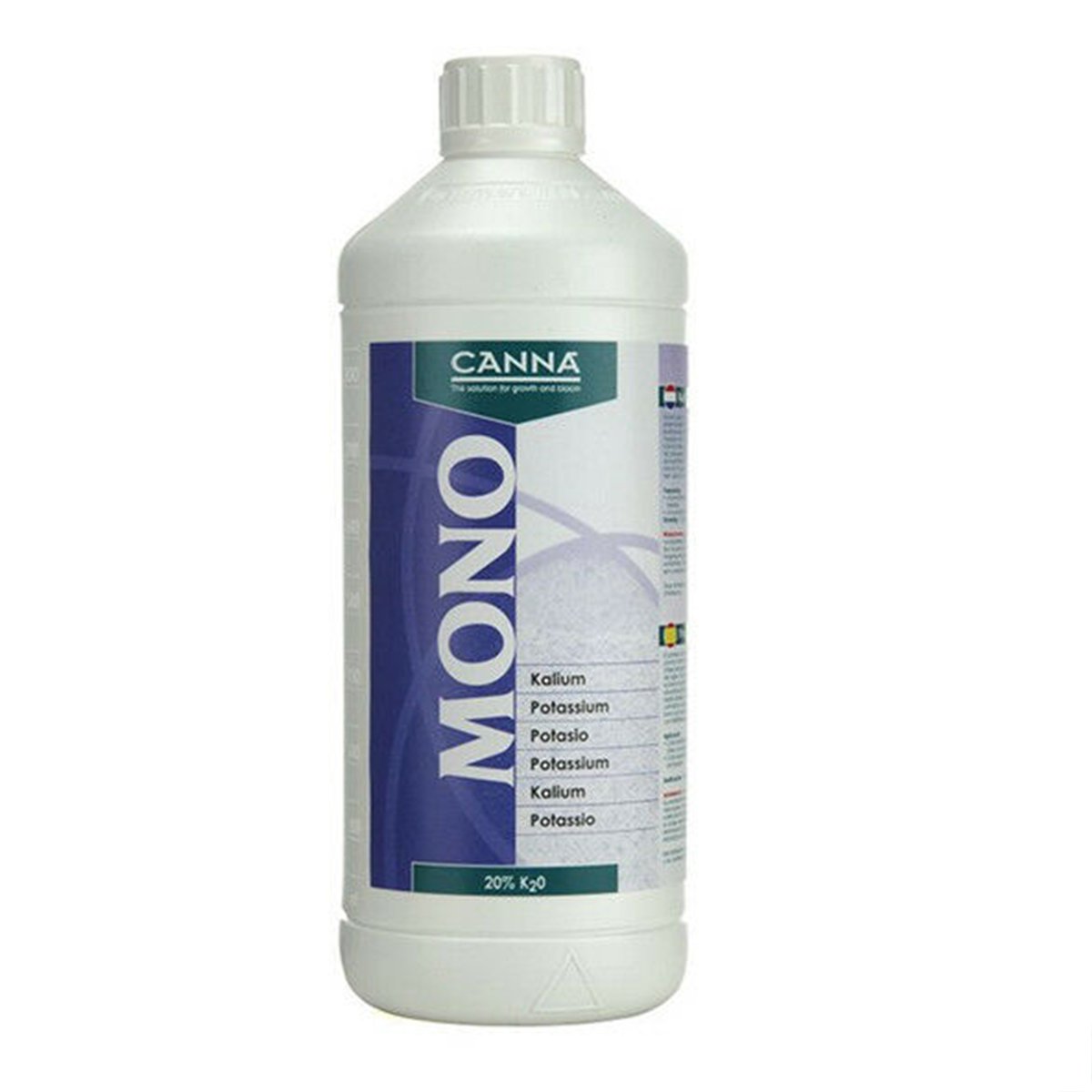 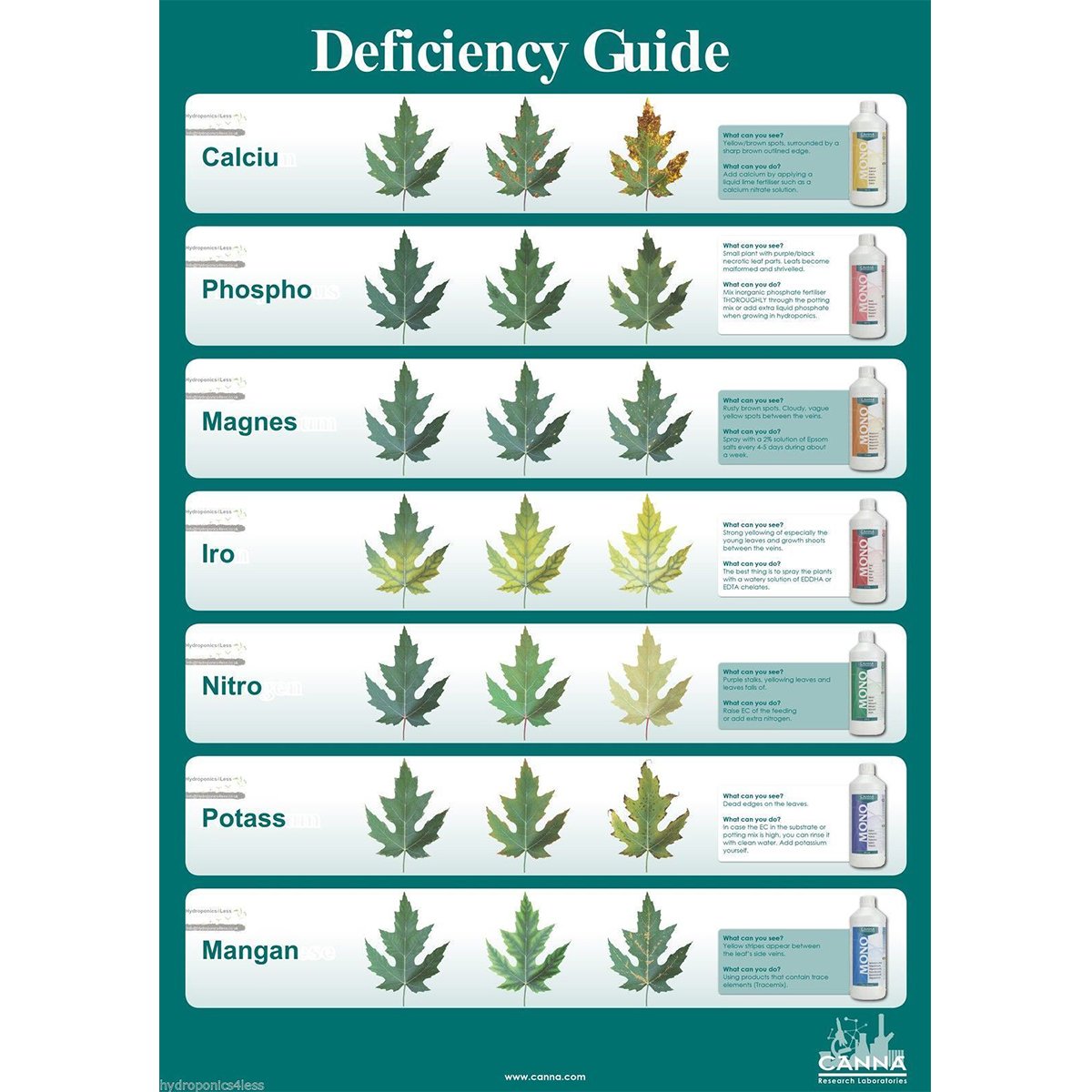 There are lots of high quality, ready made base nutrient formulations out there which have been optimised for certain substrates and different stages of the plants’ life. Despite this, deficiencies can, and often do, still occur. Canna Mononutrients only contain one nutrient element in each bottle (except for the Trace Mix). This allows the grower to identify and treat a deficiency in one particular nutrient without having to feed more of everything which could just cause even more problems.The range includes the following single nutrient supplements: Nitrogen (N 17%), Phosphorous (P 16%), Potassium (K 17%), Magnesium (MgO 7%) and Trace Mix.

1x 1 Litre bottle of Canna Mononutrient of your choice

Nutrient deficiencies can arise for many reasons. Perhaps the nutrient solution has not been changed out recently. Or perhaps there have been pH problems. In these circumstances, the plants may have been starved of certain nutrients and signs of a deficiency may have developed. Even using quality nutrients like Canna, may not be able to stave off deficiencies from developing. However, once the root cause of the problem has been corrected, it may still be necessary to rectify the deficiency problem. For example, if pH being off has caused a Calcium deficiency then correcting the pH problem is the first place to start. By using Canna Calcium Mononutrient as a supplement for a period of time it will help the plants to bounce back more quickly.

Each of the Canna Mononutrient range is formulated from only the highest quality ingredients and is designed to fix specific nutrient deficiencies quickly and effectively.

How to Use Canna Mononutrients

If your plants are unfortunate enough to have developed a nutrient deficiency, the first thing that it is important to do is identify the particular nutrient that the plant is short of and then obtain the appropriate Canna Mononutrient to correct it.

Here is a VERY brief guide to identifying deficiencies:

Calcium: Beige spots appear on lower leaves at first. The spots turn darker brown in the middle with a sharp edge.

Iron: Leaves yellow in-between the veins, particularly on the younger leaves but spreading down the plant. Eventually the leaves turn almost white.

Trace Elements: The Canna Mononutrients Trace Mix contains and will treat deficiencies in the following micronutrients:

Iron – Deficiency manifests as described above
Molybdenum – This enables the plant to metabolise Nitrogen. A lack of this looks similar to Nitrogen deficiency.
Copper – A deficiency in this causes weak stems with some dieback, yellowing of leaves, stunted growth.
Manganese – Interveinal chlorosis, brown dead spots on leaves. Early leaf drop.
Boron – Young growth is stunted, sometimes there is a reddish discolouration of leaves
Zinc – The most obvious signs of a boron deficiency are very short internodes and small leaves.

After identifying the deficiency and obtaining the right Mononutrient to deal with it, next “flush” through the medium with lots of plain water in order to wash out any old nutrient held within it. This gives a “clean sheet” to start from again.

Make up a fresh nutrient solution with a quality nutrient. Add the appropriate Canna Mononutrient at the specified rate on the bottle and stir well.

There are no reviews yet.

We use cookies on our website to give you the most relevant experience by remembering your preferences and repeat visits. By clicking “ACCEPT ALL”, you consent to the use of ALL the cookies. However, you may visit "Cookie Settings" to provide a controlled consent.
Cookie SettingsREJECT ALLACCEPT ALL
Manage consent

This website uses cookies to improve your experience while you navigate through the website. Out of these, the cookies that are categorized as necessary are stored on your browser as they are essential for the working of basic functionalities of the website. We also use third-party cookies that help us analyze and understand how you use this website. These cookies will be stored in your browser only with your consent. You also have the option to opt-out of these cookies. But opting out of some of these cookies may affect your browsing experience.
Necessary Always Enabled
Necessary cookies are absolutely essential for the website to function properly. These cookies ensure basic functionalities and security features of the website, anonymously.
Functional
Functional cookies help to perform certain functionalities like sharing the content of the website on social media platforms, collect feedbacks, and other third-party features.
Performance
Performance cookies are used to understand and analyze the key performance indexes of the website which helps in delivering a better user experience for the visitors.
Analytics
Analytical cookies are used to understand how visitors interact with the website. These cookies help provide information on metrics the number of visitors, bounce rate, traffic source, etc.
Advertisement
Advertisement cookies are used to provide visitors with relevant ads and marketing campaigns. These cookies track visitors across websites and collect information to provide customized ads.
Others
Other uncategorized cookies are those that are being analyzed and have not been classified into a category as yet.
SAVE & ACCEPT
X